Every year, there are well over 100,000 motor vehicle collisions throughout Wisconsin leaving hundreds dead and thousands injured.  We examined six years of crash data from the Department of Transportation to show when, where, how, and who is involved in crashes across the state.

Crashes by Severity and Year

From 2015 through 2019, there was a steady increase in total crashes each year.  However,  that trend was interrupted in 2020 – an obvious result of the pandemic and ensuing response.  In 2020, there were 114,697 motor vehicle collisions in the state of Wisconsin –  a 21 percent decrease in crashes from 2019.

Interestingly, despite the dramatic decrease in total crashes, fatal crashes actually saw a slight increase.  This is consistent with what traffic safety organizations across the country have seen.  The consensus has been that while overall crashes decreased in 2020, dangerous behaviors such as speeding and impaired driving continued.

Wisconsin Drug and Alcohol-Related Collisions by Year and Severity

As previously mentioned, we also see an increase in deaths and injuries involving drugs and alcohol in 2020.  Overall crashes involving both impairments actually increased as well. 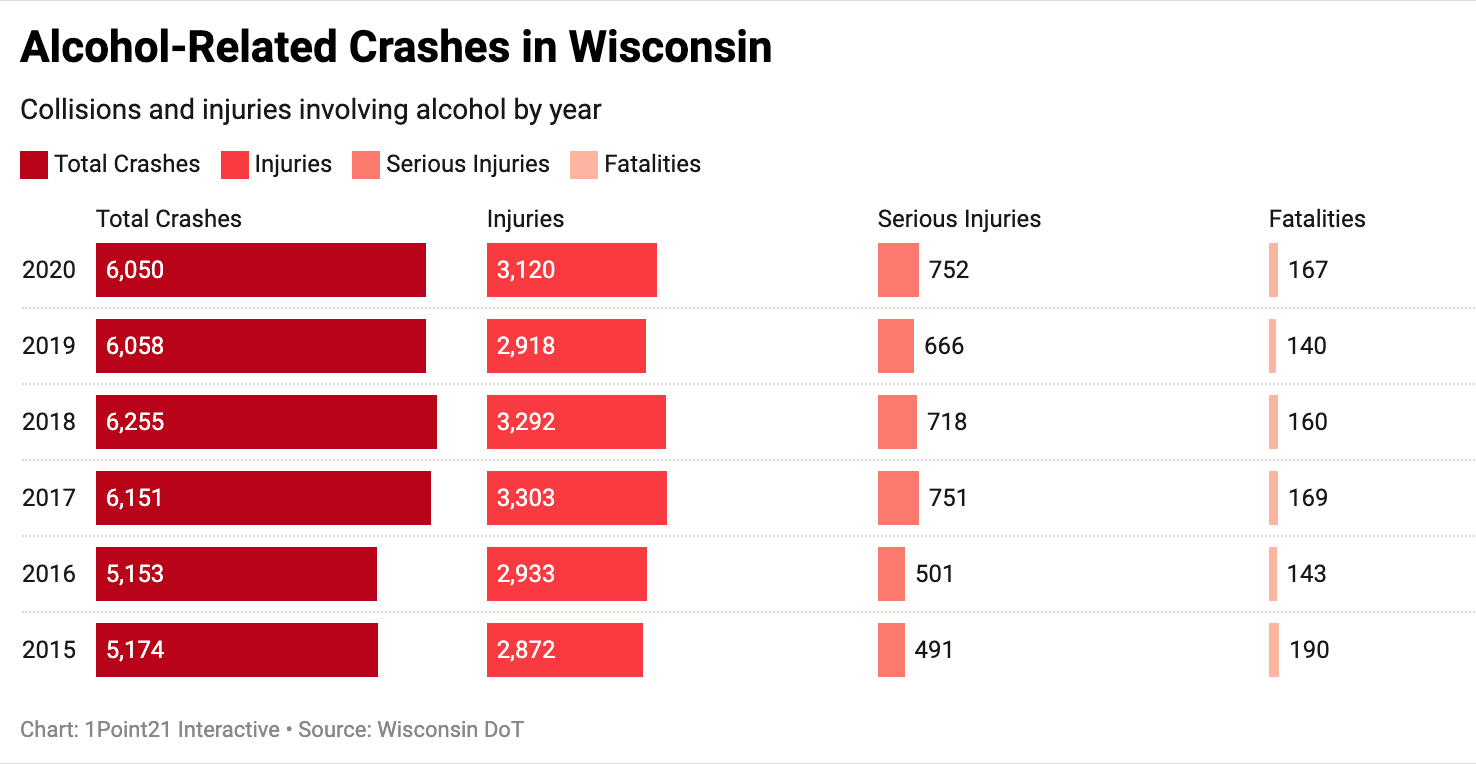 In Wisconsin, motor vehicle fatalities typically peak in the summer months during June, July, and August.  Interestingly, preliminary 2021 data shows a sharp spike in fatalities in August and October with 73 and 84 fatalities, respectively. 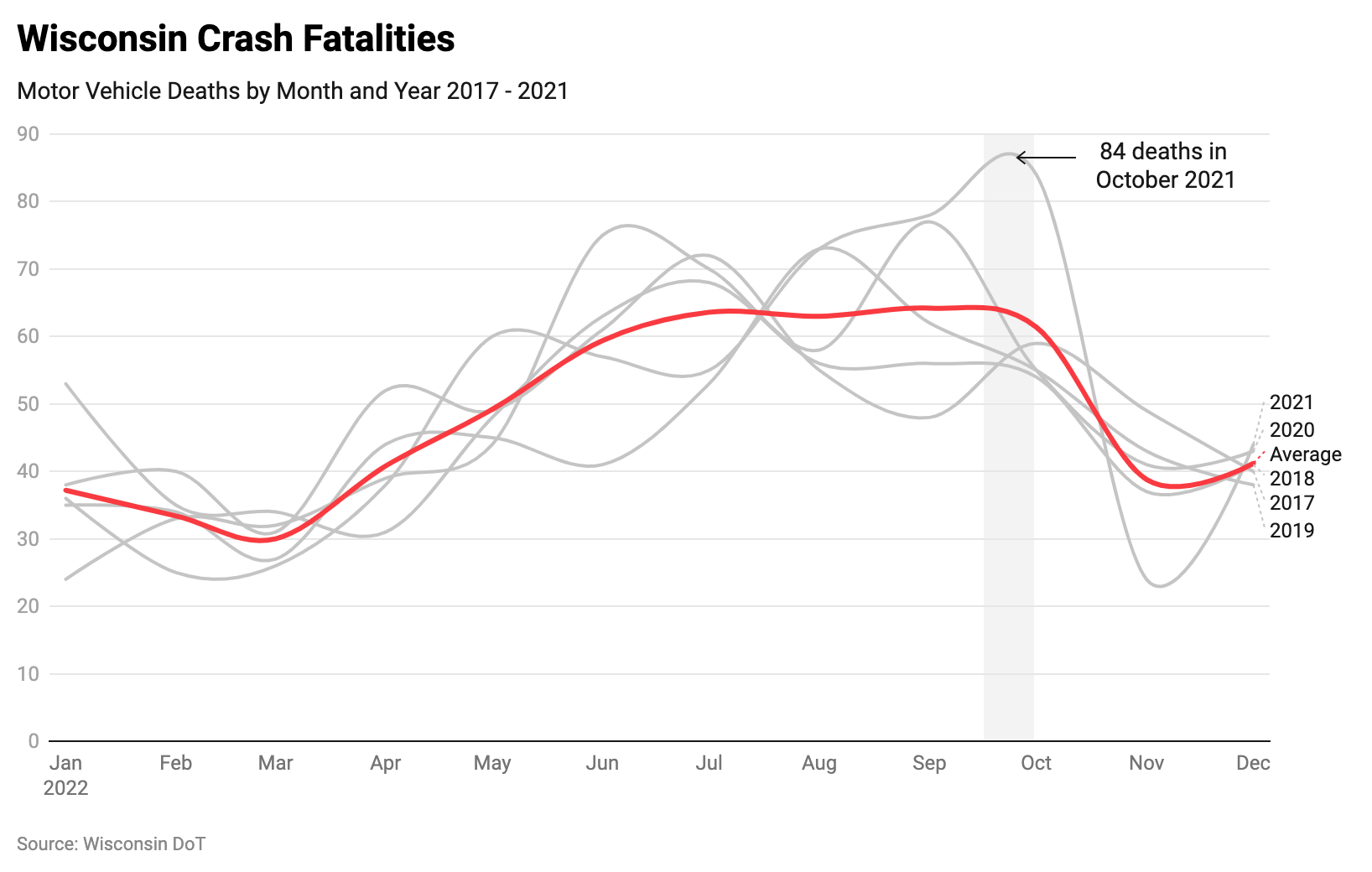 *2021 data is not finalized as of this publishing date

How to Use this Information

A popular saying is that “knowledge is power”.  This specifically applies to motor vehicle and road safety.  Making yourself aware of the state of the roads around and when, where, and how collisions occur can help you make decisions to improve your overall safety.  Unfortunately, there is no way to completely eliminate the risk of collision, even if you take every precaution possible.  As motorists, we are forced to rely on others to make good choices and operate their vehicles in a manner that keeps others safe.  When collisions do occur, a Milwaukee car accident attorney may be able to help you recover.