Alcohol Is the Single Greatest Cause of Death on Wisconsin Roads

When most people think of fatal car accidents, they think of collisions caused by unintentional, accidental actions. However, the single greatest cause of death on Wisconsin roadways according to the State of Wisconsin Department of Transportation is alcohol impairment. These drivers choose to get behind the wheel despite knowing the dangers of drunk driving.

Wisconsin ranks in the top five most dangerous states for drunk driving. According to the State of Wisconsin Department of Transportation, 6,050 alcohol-related crashes occurred in 2020. Impaired-driving related fatalities totaled 212 for the year, making this the single greatest cause of death on Wisconsin roadways. Thousands more were injured in these crashes.

Additionally, 18,480 hit-and-run crashes occurred in Wisconsin in 2020. It is safe to assume that at least some of these crashes were due to driver impairment and that the liable party fled the scene to avoid criminal consequences.

According to the Centers for Disease Control and Prevention (CDC), 1,928 people were killed in crashes involving an alcohol-impaired driver in Wisconsin from 2009 to 2018. The CDC also reports that the death rate for the 21–34-year-old demographic was 8.8%, compared to a national average for the same demographic of 6.2%.

Why Drinking and Driving Is a Problem in Wisconsin 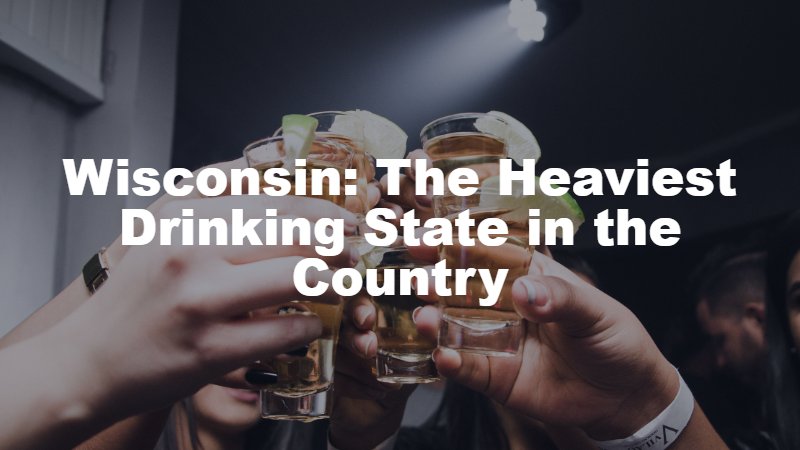 A study released by the Institute for Health Metrics and Evaluation found that Wisconsin is the heaviest drinking state in the country. It found that the state has a culture that is accepting of drinking and alcohol is readily available. Researchers reported that 12% of Wisconsin residents engaged in heavy drinking within the past month. Additionally, the CDC reports that 2.4% of Wisconsin survey respondents reported that they drove after drinking too much, compared to the national average of 1.7% who reported the same.

Wisconsin’s DUI penalties are also much more lenient than those in other states, with generally four convictions being required before the offense rises to the felony level and no requirement to install an ignition interlock device in a convicted person’s vehicle.

A person can be charged with driving under the influence (DUI) or operating while intoxicated (OWI) in Wisconsin when they drive with a blood alcohol concentration (BAC) of 0.08% or more or are impaired by consuming controlled substances. Even if the driver is below this BAC, a motorist can still be considered under the influence if a police officer observes the driving and determines it to be affected by drugs or alcohol.

The potential criminal penalties for DUI include:

In addition to any potential fines, loss of driving privileges, and jail time, those who cause drunk driving accidents can be sued civilly for the harm they have caused. They may be ordered to pay for the victim’s compensatory damages, which may include property damage, medical expenses, lost wages, and pain and suffering. Additionally, the victim may seek punitive damages, which are intended to punish the wrongdoer for their wrongful action.

If you were injured in a motor vehicle accident in Wisconsin, you suspect was caused by a drunk driver, Mingo & Yankala, S.C.  can fight for the compensation you and your family deserve. Contact our Milwaukee attorneys today for a free, no-obligation consultation.