Professional, friendly, but still tough enough to get the job done.

Mark is a great and professional lawyer. The original call to him started off as a free consultation, in which I ended up retaining him. I was a passenger (backseat) in a car accident where the driver went off the road and caused the car to rollover. I ended up having to go to the hospital and diagnosed with a fractured spine. At the time I was living with my mother, and neither I nor the driver had car insurance at the time. Mark was still willing to look into it and take it on. Some how some way he found a stipulation in my mother's car insurance contract. I'm not a lawyer so I don't know the exact wording, but because she had car insurance and I lived with her, I was able to be covered!! Here I was expecting absolutely nothing because the driver had no insurance, but Mark pulled it off. I had one phone interview with the insurance company at Mark's office, and about one week later I got my settlement money. I paid him with that money, nothing up front!! I would recommend Mark Mingo to anyone who is looking for a personal injury lawyer. Professional, friendly, but still tough enough to get the job done.

Provide us with the information we need to fully assess your case. We return calls and emails promptly!

Thank you for contacting us. We will get back to you shortly.

Please complete all required fields below. 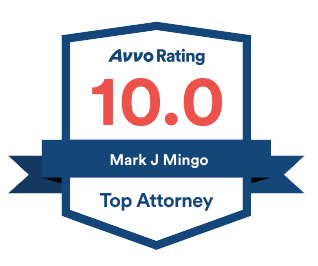 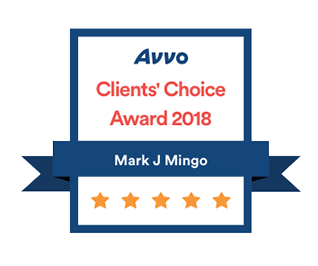 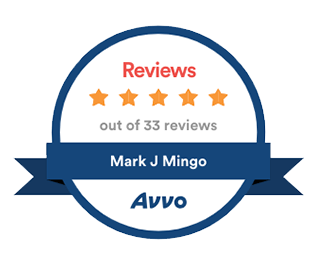